Free Shipping on All Orders Over 100€! 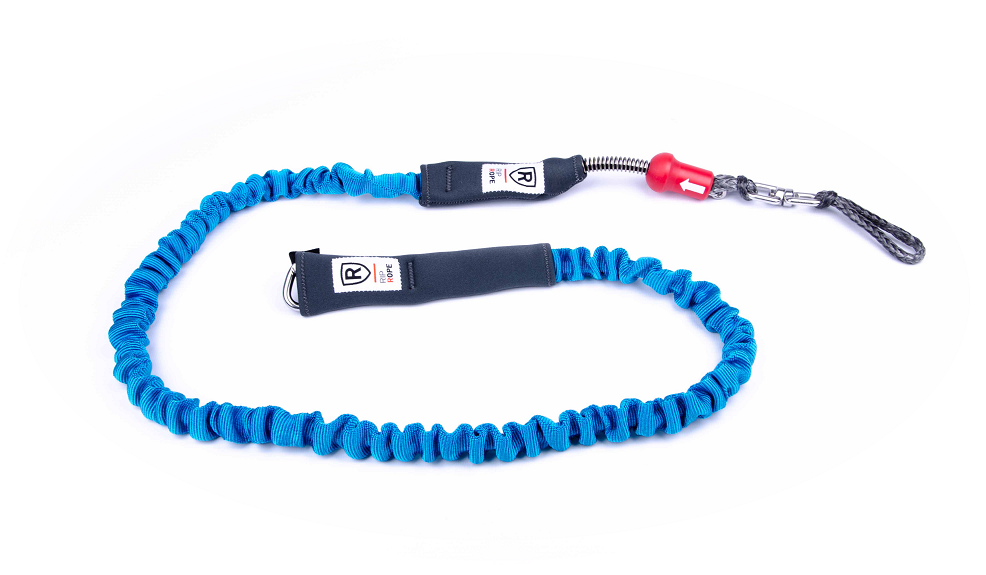 The BELT V2 Leash withstands the high loads of unhooked kiting due to its special construction. In its second generation the Leash is now equipped with an additional interior construction group, as it is also installed in the Nirwana.
The additional belt made of polyamide provides for an extremely improved damping of the jerk, which occurs during unhooked crashes – this reduces punsihments for you and your gear.

The branded Wichard carabine is encased in the neoprene cover as standard, making it difficult for a line to get caught in it.

A hard spring is built into the release. This prevents an accidental release during the handlepass, while the release forces are still low enough to be able to separate from the kite in an emergency.

The BELT V2 Leash is delivered with a swivel-dyneema-loop-system as harness mount. The swivel unscrews the leash automatically.

Not the right design, or you want a freestanding carabine, or, or, or, …? – get in touch with us – we put together your very individual leash for you.

Kitesurfing is an extreme sport and involves certain risks. Always be aware of this and please also take a look at our limitation of liability.